Knife Angel drew 152,000 to Worcester from as far afield as Cardiff and Kent, council reveal - The Worcester Observer

Knife Angel drew 152,000 to Worcester from as far afield as Cardiff and Kent, council reveal

VISITORS from as far afield as Cardiff and Kent were among 152,000 visitors to see the Knife Angel in Worcester in the last month, council chiefs have revealed.

The national monument against violence and aggression, drew crowds into Worcester throughout its month-long stay, helping to spread a message of hope for social change.

And a knife amnesty box situated next to the statue reaped huge rewards with a total of 294 weapons being deposited there – with no questions asked and no fear of reprisals. 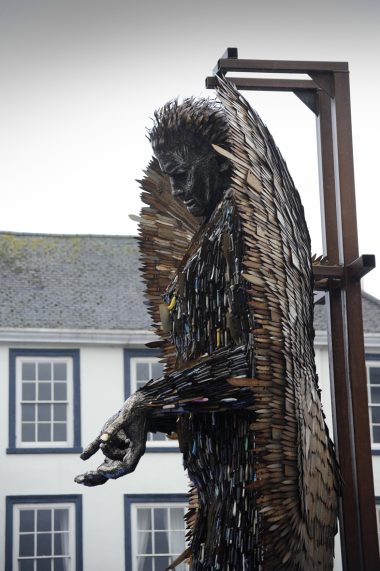 The 27ft-tall statue was created from more than 100,000 knives and blades confiscated by 43 UK police forces. Designed by Alfie Bradley at the British Ironwork Centre in Oswestry, it is aimed at raising awareness of the impacts of violence and aggression.

The Knife Angel was in Cathedral Square throughout March and was the focal point for a programme of activities for all ages.

Throughout the month Worcester City Council’s Community Safety and Youth Intervention Team and officers from West Mercia Police were on hand in Cathedral Square to raise awareness of community safety in the city.

A Youth Day held on Saturday, March 19 also drew in many young people who enjoyed an informal day of education around knife crime, including virtual reality headsets, archery and NHS training on how to stop a bleed.

Twenty-two schools from Malvern, Wychavon and Worcester came to see the Knife Angel, taking part in education workshops hosted by Worcester Cathedral in the Undercroft Learning Centre. Those schools unable to attend enjoyed a workshop assembly in school. Around 1,250 schoolchildren were involved.

The Knife Angel was brought to the city by Worcester City Council and the West Mercia Police and Crime Commissioner, with support from Ringway, acting on behalf of Worcestershire County Council. Cathedral Square donated facilities free-of-charge.

At the end of the month a special gathering took place in Cathedral Square to remember all the lives lost nationwide to knife crime.

Mayor of Worcester Coun Stephen Hodgson, said: “We hope it has played a part in spreading the anti-violence message far and wide. We were particularly pleased it enabled us to engage with so many young people and I’d like to thank all involved in the associated workshops and events.” 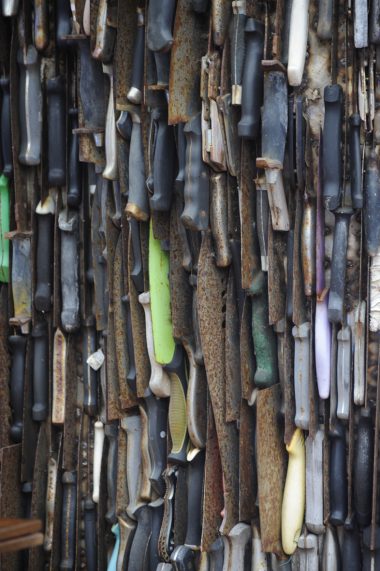 Insp Tanya Beckett of West Mercia Police added: “The Knife Angel has helped take a significant number of weapons off our streets and we will continue to work hard to keep our communities safe.

“Education is a hugely important factor in reducing knife crime and we want everyone to be aware of just how dangerous carrying a knife is.”

John Campion, West Mercia Police and Crime Commissioner said: “We all know the devastating impact knives can have on individuals and communities, the fact almost 300 weapons were surrendered to the amnesty box is the stark reality of the society we currently live in.

“The iconicity of the Knife Angel and having hosted it in Worcester City Centre will have been a visual reminder to all of this awful culture.

“The workshops hosted alongside the visit of the statue will have helped to spread the message and encourage safer communities among all generations across West Mercia.”