A WORCESTER woman has revealed how she spent four days searching through her pet puppy’s poo to retrieve an engagement ring swallowed by the seven-month-old golden retriever.

Elayna Rattenbury said she was panic-stricken when she realised the precious diamond and sapphire ring had disappeared from her bedside table and ransacked the bedroom in a bid to find it.

When that desperate search ended in failure, Elayna began to suspect her pet Stevie, named after Fleetwood Mac singer Stevie Nicks, had taken a shine to her sparkler and snaffled it. 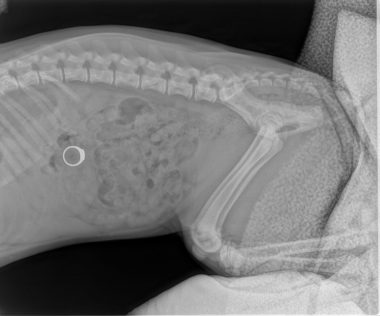 Elayna said: “The vets quickly got to the bottom of the problem and there was a real sense of relief in knowing that at least the ring was not lost.

“The problem now was retrieving it from Stevie’s tummy. The vets felt after some investigation that the ring was too far down. So, the only solution was to allow nature to take its course and let the ring pass right through Stevie and out the other end.

“I took her home and for the next four days I was rooting through her poo trying to find it.

“I’d expected to find it in the first 24 hours, so by day three I was thinking I must have missed it and started searching back through the poo bags from previous days!

“My husband Dave even bought a metal detector to try to find it and then, thankfully, on day four, it finally appeared.

“It obviously wasn’t looking its best, so I put it into a tub of hot soapy water for two days and every few hours I was taking it out, rinsing it, scrubbing it with a toothbrush and then putting it back in to soak.

“It certainly needed a good soaking and scrubbing before I dared even smell it, let alone put it back on!”

Elayna can see the funny side now but admits it was a real scare when she realised the ring had gone.

“I’d left the bedroom door open and Stevie had sneaked in and she has a real thing for tissues,” she added.

“When Dave went back in there were tissues everywhere which Stevie had grabbed from a tissue box from the same bedside table where I’d put my engagement ring.

“I went to see the mess she’d caused and immediately realised the ring was not there. It was a heart-stopping moment. 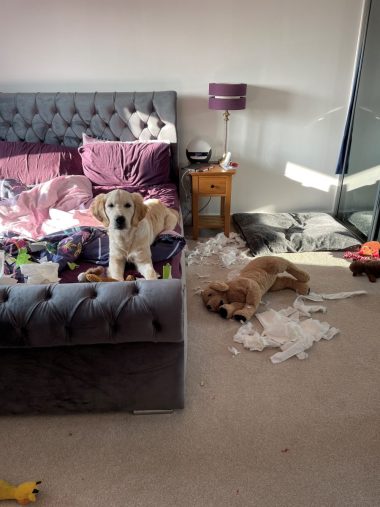 “Then I looked at Stevie and thought, ‘She hasn’t, surely she hasn’t?’ But oh yes, she had!”

Vet Annelies De Vos says Brentknoll, which is owned by Linnaeus, frequently deals with cases of dogs swallowing different objects and says Stevie was lucky she had chosen something so small.

Annelies said: “As you can see from the x-rays, Stevie had definitely eaten the owner’s ring but, luckily for her, we could see the ring had not caused any internal damage and would pass through naturally within a few days.

“So, Stevie went home and we all just had to wait and see. Every day we were in contact see how she was doing and if the ring had appeared and on day four the owners contacted us to give us all the good news.”

The Linnaeus-owned Brentknoll Veterinary Centre is based in Whittington Road, Worcester, Worcestershire. 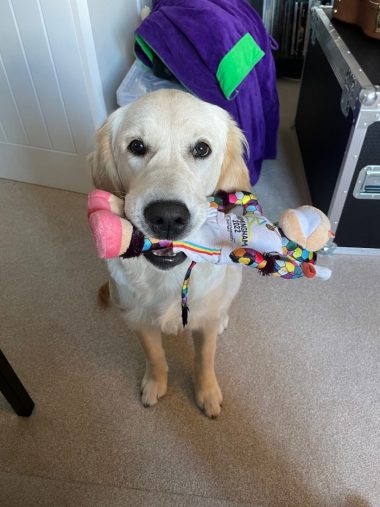